Skip to content
60 years of books and activism
This website contains elements of background audio as part of the experience. Please choose from the following:
Welcome to 5 Cally Road, one of London's most important radical spaces.
A group of young people have responded to this incredible building's history.
Step inside to explore their verbatim theatre, queer monologues, poetry and song, and dive into our growing archive. 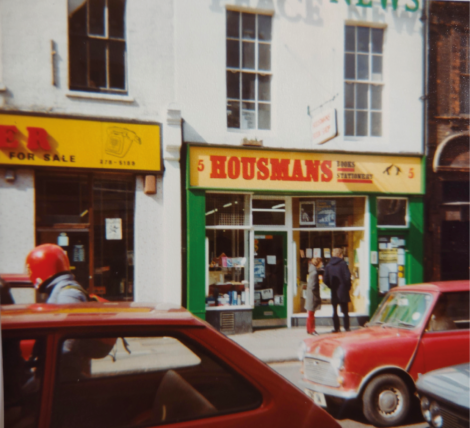 5 Caledonian Road, behind Kings Cross station in North London, has been the home of Housmans Bookshop, a radical alternative bookshop, and pacifist newspaper Peace News, since it opened its doors in 1959. Others sheltered by the building over the years include the Gay Liberation Front, London Greenpeace, Lesbian and Gay Switchboard and War Resisters’ International.

The activism that has taken place in the building has opposed war, stood up for freedom of speech, fought the longest running libel trial in British history against the McDonalds corporation and provided a space for radical literature and ideas to be discussed by all.  The building has weathered incursions from undercover police and attacks by far-right groups.

5 Cally Road: 60 Years of Books and Activism is an oral history project exploring and celebrating this history. From 2020-2021 a committed team of young volunteers (aged 18-25) recorded oral history interviews, collected an archive of material, written and performed fictional queer monologues, original songs, poems and verbatim radio plays – all of which you can explore on this website.

The digital archive the project collected can be found on this site, while the full archive including physical items and full length oral history interviews will be held at Bishopsgate Institute, which has free public access.

We have tried to ensure that we have correctly attributed all material in our digital archive. If you believe that you own the copyright in any of the content on the website, and we have not recognised you as the copyright owner, please contact us immediately so that we can look into the matter. We may take down the content and we will investigate quickly.

You can read more about the history  of 5 Cally Road on the Housmans website here. 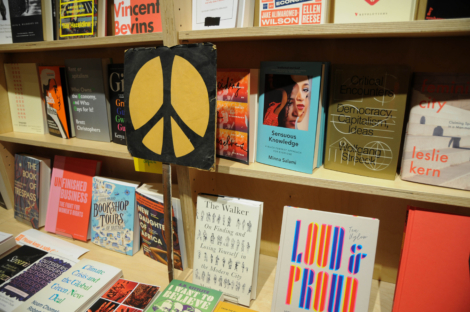 The project involved a large team of talented and committed young people, aged between 18-25 years old, who researched, recorded, collected, archived and interpreted the history of 5 Cally Road in the midst of the 2020-2021 COVID-19 pandemic. 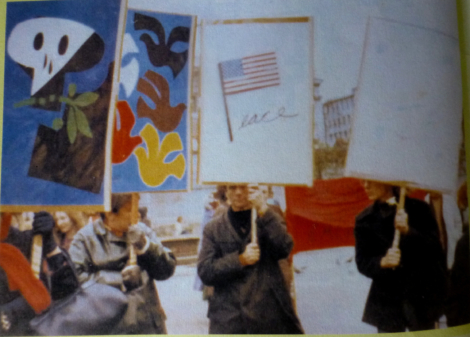 Thank you to all the people who contributed their memories, possessions, expertise and time to this project. Some of the many people who have contributed are thanked individually below. Thank you to all at Housmans Bookshop, Peace News, Peace News Trustees Ltd, the project’s steering group and all tenants (past and present), visitors, customers and supporters of 5 Cally Road. All of you made this project possible.

The following institutions kindly allowed us to use their archive material on this website or in the works presented on this website and we thank them: Bishopsgate Institute, the International Institute of Social History, LSE Library, Switchboard, King’s Cross Voices and Camden Local Studies and Archives Centre.

To explore the topic further we recommend the many relevant archives held at Bishopsgate Institute, Islington’s Pride held at the Islington Local Heritage Centre, the Hall Carpenter Archives at the London School of Economics, the Kings Cross Voices archive held at Camden Local Studies and Archives Centre and the University of Bradford’s Special Collections on Peace, Politics and Social Change.

5 Cally Road was run by On the Record Community Interest Company and funded by the National Lottery Heritage Fund. 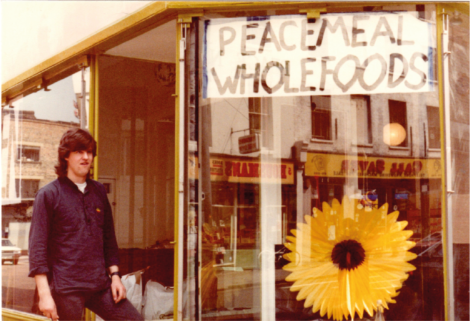 We will be publishing a book on the history of 5 Cally Road in early 2022. Watch this space. 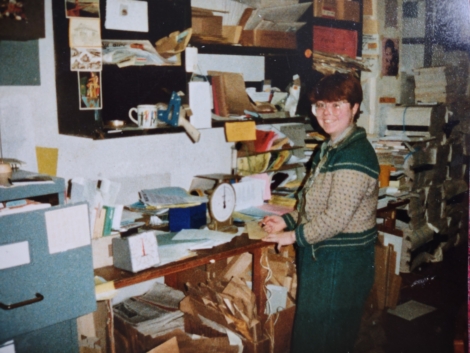 Reverberations was an immersive sound installation (July – September 2021), produced by sound artist Wajid Yaseen, that used transducer speakers to resonate oral history interviews, atmospheric sound and the music of anarcho-punk band Crass through the bookshelves of one of London’s oldest radical bookshops, Housmans. The voices discovered while browsing the shelves share memories of marching against nuclear bombs, seeking sanctuary in the building and fighting for gay liberation.

Watch videos combining footage of the bookshop (taken on the installation’s launch day) with the audio compositions made for Reverberations here.